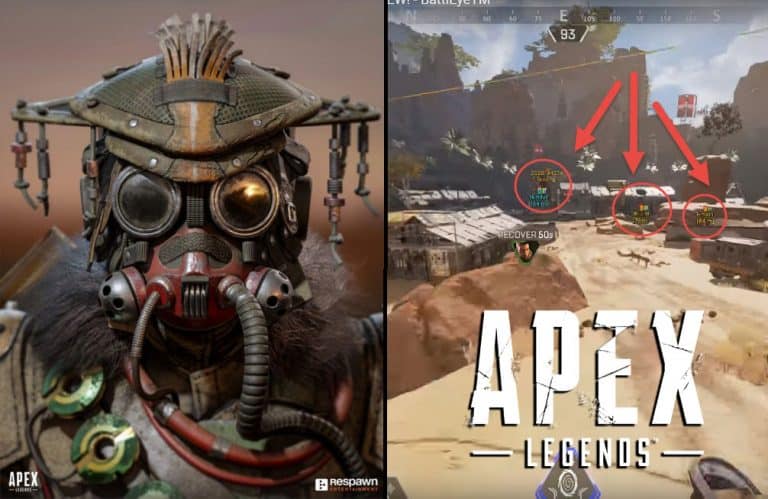 Since the release of Apex Legends, the number of cheaters in the game has increased drastically.  However, Respawn Entertainment are taking appropriate action and banning accounts that cheat. Take a look at these cheaters complaining about their Apex Legends HWID ban.

After the first week, Apex Legends passed over the 10 million players mark. Out of those millions of players, there’s a large amount of cheaters. It didn’t take a day before reports came out that Aimbots leaked into PC play. Although Battle Royale players in games like Fortnite and PUBG are no strangers when it comes to cheaters, there seems to be a shared assumption that cheating is happening more on Apex Legends. With a game as successful upon it’s launch like Apex Legends, it was just a matter of time before the topic made headway on social media and sites like reddit. However, Respawn Entertainment knew this was coming, as they gave instructions on how to report Apex Legends hackers.

It’s very clear that if you cheat, you’ll get a HWID ban from Respawn Entertainment. This is excellent news to players who want to play in a fair environment. With the game being free, another problem with cheaters was that they could simply open another account without any problems. However, there is one small difference now. These bans are Hardware Identification bans; directly installed into your computer as soon as you download the Origin Client. This means it’s quite easy for Respawn to ban you if they find you’re guilty of such an act.

What is HWID Ban?

Hardware is your computer specs. Specs such as the CPU, GPU, motherboard, hard drive, etc… All of these hardwares have something called a Hardware ID. It’s a special number that cannot be changed. So for example, if you get caught cheating in games like Fortnite or PUBG which have an anti-cheat system in place, they might ban one or two parts of your hardware. They ban the hardware using it’s HWID. Buying a new computer to replace the old one that was HWID banned won’t solve anything, as there are other factors involved with how you got banned and what data is stored in Origin. Once you’re banned there’s a very slime chance that you can reverse such a ban as these cheaters found out quickly.

Many cheaters have taken to forums to complain about their Apex Legends HWID ban. Thanks to Reddit user weihon, he quickly pointed out that if you do a search for forums with certain keywords, you’ll stumble upon cheaters who are trying to figure out a way to play Apex Legends again. One specific cheater regretted his actions as he said he, “really hope there is a solution where I could get unbanned finally because it’s really annoying. I don’t even have any desire to cheat on apex i would just like to play normally.”

Here are a few more cheaters trying to find a way around their ban, and one cheater says “I’m bored of trying” after trying to create 40 different accounts.

As you can see from here, it is obvious that this is a perma-ban and a HWID ban. Of course, these anti-cheat clients have some exploits as we have seen before, but it seems like Respawn Entertainment has a good system in place. The only problem with all of this is that it still involves the participation of the community to report any hackers they see in game. Respawn won’t go and just audit random accounts. Please report any players that you see are cheating.

Here are Apex Legends cheaters caught in the act