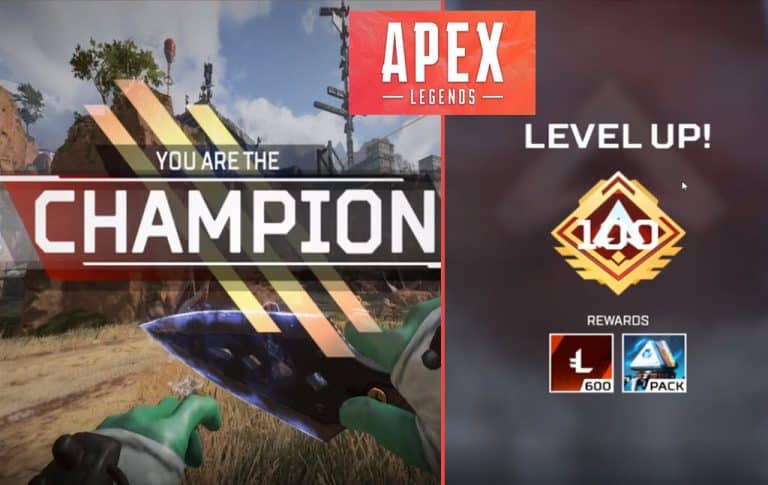 Dizzy becomes the first player in the world to reach level 100 at Apex Legends, here is a list of all his records.

The highly anticipated Apex Legends Battle Royale game was available for download on the afternoon of February  4th 2019. The game generated over 10 million downloads in its first week. Players flocked to test out the new EA/Rewind mega release. Many streamers immediately moved their content over to Apex Legends and the game easily moved into Twitch’s top spot for most viewed channel.

The game nests a traditional point system, where points help players rank up. After less then a week, Coby “Dizzy” Meadows, becomes the first apex legends player to hit level 100.

Dizzy is an ex-pro cs:go rifler who has over 100,000 Twitch Followers. His main game play was Counter Strike, before moving his content over to Fortnite. Looking over his first week of Apex Legends, there is a one stream where Dizzy played over 18 hours in a single day. The grind has certainly paid off as he is officially the first player to hit the level 100 milestone.

Here is the clip where Dizzy hits his level 100

The most interesting part of the milestone is the fact that there does not seem to be a maximum XP in the game.

Since the game developers have roots tied with the CoD franchise, it would not be surprising to see a maximum level of 1000 implemented in the near future. Dizzy becomes the first PC player to hit level 100 but there is no word who is currently in lead on the console side of the game. Currently the game does not offer cross platform play so Dizzy’s milestone was achieved strictly versus PC players. His legend of choice is Wraith.

Also to note, is the fact that Dizzy’s aspect ratio is set to Native 16:9, a real eye burner as most gamers prefer a smoother 1920×1080. Here is a clip of Dizzy’s Apex Legends settings. To date, the best Apex Legends players have roots tied to CS. There is no doubt that current and past CS players are dominating the Apex legends scene.

Less then 24 hours later, Dizzy also crushes the Apex Legends kill record for a single match. Dizzy wins a game with an unbelievable 33 kills. Dizzy’s Solo kill record has since been surpassed as the new Apex Legends Kill record now sits at 36 (Mendokusaii). Here are the closing moments of his 33 kill match: How To Glide Further In Apex Legends Using Balloons Summit1g Shows us How to Use Apex Legends Wraith
Back to
log in
We use cookies on our website to give you the most relevant experience by remembering your preferences and repeat visits. By clicking “Accept”, you consent to the use of ALL the cookies.
Do not sell my personal information.
Cookie SettingsAccept
Manage consent