KingRichard was kind enough to share his PC settings for Apex Legends during his stream of the Twitch Rivals Apex Legends Challenge. He started things off with his Video settings showing that his Display Mode is Full Screen, with an aspect Ratio of 16:9 (native) and Resolution being 1920 x 1080 (native). Here’s how everything else is set. 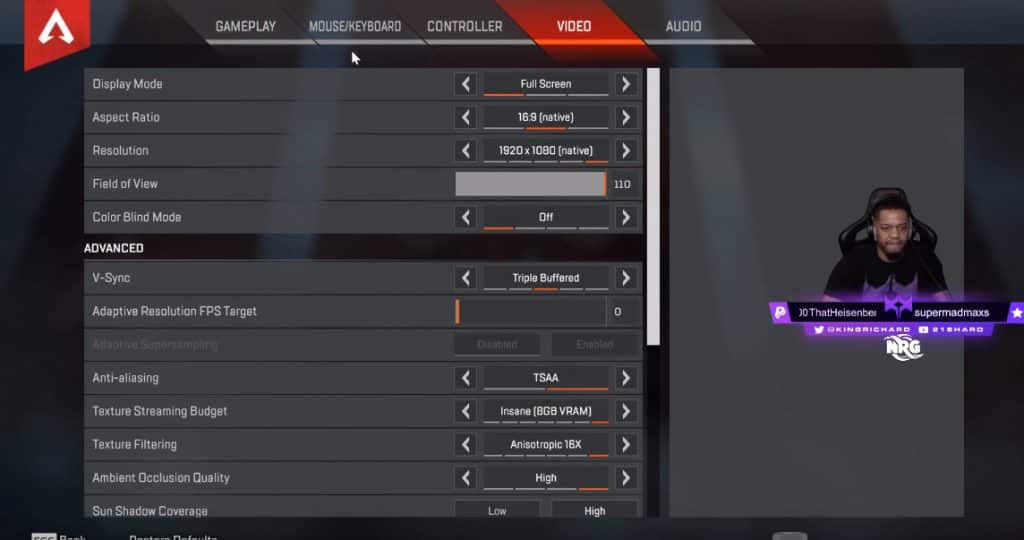 Here’s KingRichard mouse settings, which is sought after by many gamers who tuned in to the Apex Legends event. NRG KingRichard also showed us his movement settings in Apex Legends which is as follows. Inventory (Toggle) = TAB or I

Aim Down Sight (Toggle) = None Melee = Mouse scroll down or up NRG KingRichard also has his hardware setup with the following: Female LoL Team Loses by 50, Sparks Scandal
Back to
log in
We use cookies on our website to give you the most relevant experience by remembering your preferences and repeat visits. By clicking “Accept”, you consent to the use of ALL the cookies.
Do not sell my personal information.
Cookie SettingsAccept
Manage consent