Pathfinder is one of the odd characters in Apex Legends. Part of that has to do with the many faces Pathfinder has in the game. A recent leaks by dataminers revealed all of Pathfinder faces.

All Pathfinder Faces in Apex Legends

One of the more interesting characters in Apex Legends goes by the name of Pathfinder, who goes by the name MRVN. Although is could be short for “Marvin”, it actually stands for “Mobile Robotic Versatile eNtity”. Pretty clever from the people at Respawn Entertainment.

Basically he’s a character the enables mobility to areas where characters aren’t able to reach, or, can reach in a shot amount of time. Pathfinder has three abilities which falls under his description as a “Forward Scout”. MRVN has a grappling hook as his Tactical ability. What this does is propel a grabbling hook to the point of interest. It’s meant to reach high areas faster, or even areas which can’t be reached otherwise.

Pathfinder’s other abilities is the “insider knowledge” which allows him to forsee the closure zone, and the ultimiate ability which is a zipline gun. The zipline gun is the same idea as his grabbling hook, but is essentially a permanent zipline for everyone (including enemies) to use.

The Many faces of Pathfinder

One distinct characteristic of Pathfinder is his display screen that goes across his chest. It displays many different faces, all having a different meaning. Dataminers over at @RealApexLeaks on Twitter have found the files that hold all Pathfinder faces.

LEAK: Found all the Pathfinder Screen Faces in the Files. Took some time to manually find all of them, but here you go.

Here are all Pathfinder Faces in Apex Legends starting things off with his mad look. Next would be the death face that Pathfinder makes when he’s eliminated. This is Pathfinders face showing an image of himself. 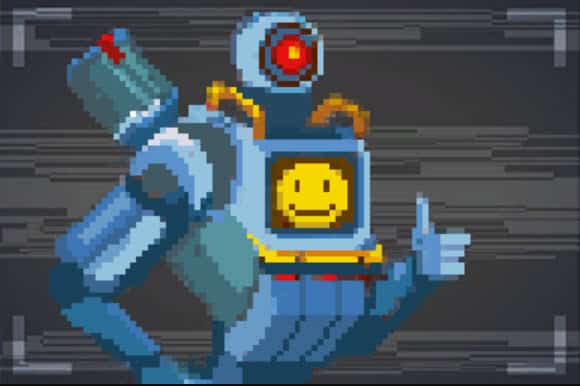 The next face is when Pathfinder is happy, possibly from receiving items from a team member. This is an obvious one for Pathfinder when he is knocked out. Next Pathfinder face is showing him in love, most likely when he is healing himself, or being healed by Lifeline. This Pathfinder face shows him sad, which can be for multiple reasons.

Pathfinder does this face when he pings an enemy, or when the enemy is nearby. The Pathfinder Confused face is an obvious one. The Pathfinder distorted face happens when he’s hit by some concussion device. All images are owned by EA, and were mined by @RealApexLeaks. Powerful Message from Esports Player: "Make your own fu**ing team".
Back to
log in
We use cookies on our website to give you the most relevant experience by remembering your preferences and repeat visits. By clicking “Accept”, you consent to the use of ALL the cookies.
Do not sell my personal information.
Cookie SettingsAccept
Manage consent