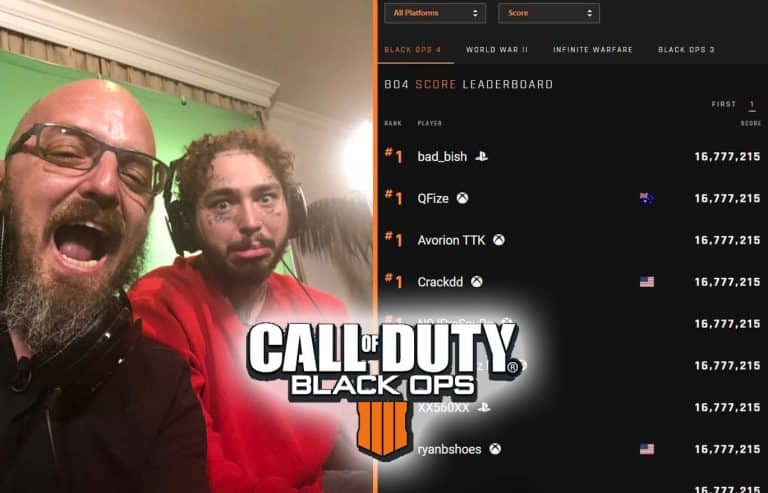 Call of Duty Black Ops 4 player career scores are now halted at 16,777,215 points per player. A telltale sign that Black Ops 4 Global Leaderboards are not going to happen?

Call of Duty leaderboards have been a popular feature since inception. Stats and leaderboards have always been an important part of the COD franchise. Although there are some mixed opinions about the leaderboards, it’s safe to say that the CoD community does like to see how they process online. While some chase leaderboards for bragging rights, others do it to track progress. Although in recent years, boosting has dampened the authenticity of the true COD grinders, the leaderboards has never lost it’s popularity.

BO4 Does Not Include Global Leaderboards

At the release of Call of Duty Black Ops 4, players quickly took to social media looking for a reason why the game did not include global leaderboards. This was not uncommon, as previous titles delayed the official release of its players stats and leaderboards. However, as time passed and new features added, leaderboards remained missing. The first true sign of concern is when COD studio director, David Vonderhaar, tweeted out about the status of the BO4 Leaderboards being added into the game:

This was the first indication that leaderboards may not be included.

35 years later this little game within a game we made is on the cartridge. 👀 closely.

I don’t know what to do with myself right now. It’s like a lifetime dream fully realized. I’m super emotional. pic.twitter.com/C6i8AnXYgU

While the in-game BO4 leaderboard status was absent, many websites launched their own player trackers and leaderboards. Sites use APIs to pull down players stats and display them in realtime. This gives BO4 players accurate, up to date stats and leaderboards to track. Every player stat included in the game can be seen on a website, while leaderboards can be filtered by different stats and platforms.

As BO4 rolls into it’s fourth month, top BO4 players are seeing their career scores maxed out at 16,777,215. Other stats continue to update on BO4 wesbites however the most important stat of all seems to be maxed out. Official in game leaderboards have always filtered by total score first. Any true leaderboard grinder will agree that the most important stat is career score. As new players hit the 16,777,215 milestone, the leaderboard becomes irrelevant, as there is no longer a way to determine position or gaps between players. Although this is currently only affecting the top players, as time goes on, many more players will be maxing out their score. Here is an example of how the scores look:

As soon as a player hits the mark of 16,777,215 his score will no longer increase. Sadly, we have seen this situation in the past. Particularly, going back to 2007 with Call of Duty 4 Modern Warfare where the points were capped off.

My Call Of Duty

My COD does not include BO4 leaderboards and this is where the stats come from. The website is what holds stats to distribute to other tracker websites, and is the reason why the career scores are capped:

Player stats are updated and held in this format and then passed over to other websites. Career scores are now stuck at 16,777,215 through Activision’s official website. Day 5 2019 LEC Spring Split Matches Recap
Back to
log in
We use cookies on our website to give you the most relevant experience by remembering your preferences and repeat visits. By clicking “Accept”, you consent to the use of ALL the cookies.
Do not sell my personal information.
Cookie SettingsAccept
Manage consent