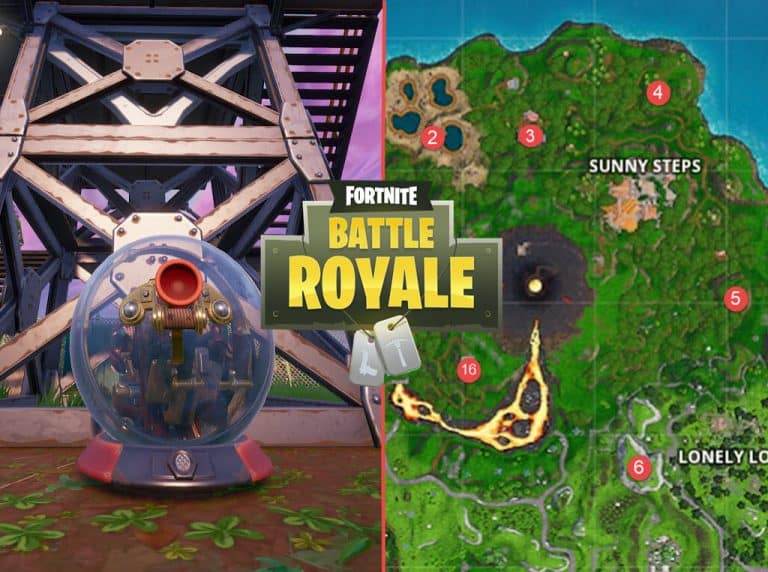 17 Baller locations spread across the Fortnite map, here is where to find them.

Fortnite Season 8 introduces its first new vehicle since the vaulting of planes. The new Fortnite Baller has been added to the game with update v8.10. Week 3 challenges will include using the baller in different matches, so players need to know where to be looking to find them. The Baller locations are spread mostly to the extremities of the map. Most of them being located at the expedition outposts, while bundles are located around the camps.

There are 17 Baller locations spread across the new Fortnite map, with most of them replacing the Season 7 outposts where planes had been stationed. Some camps have a Baller directly outside of it. Although its easy to remember once you find them, having an exact visual location is the fastest way to memorize them. There was a reason all the expedition outposts remained in the game for season 8, as they now act as docking stations for the new Baller vehicles. Here is a look at their exact locations:

By looking over their locations, its clear that they are meant to help with rotation from the far ends of the map. Quadcrashers will remain the go to vehicle for middle map travel, but the addition of the grappling Baller should increase traffic in landing spots like Frosty Flights and Sunny Steps. Surprisingly, there used to be an outpost building just inside the desert, east of Fatal Fields. The building was removed at the start of season 8, hence only 1 Baller can be found in the west world. With 300HP damage shield for each Baller, expect them to be used and abused. Abandoned Ballers will most likely be very low on HP should a player find them in the later stages of games.