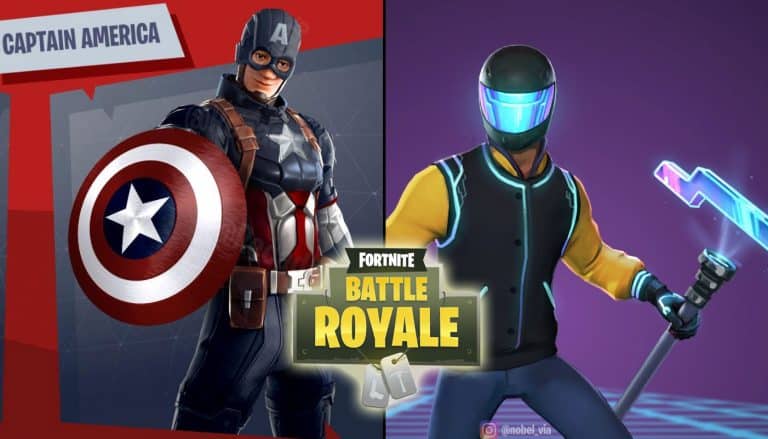 The Fortnite Battle Royale community has come up with some amazing skin concepts for Season 9. Since the new season’s theme is futuristic, some concepts are based on the theme, while others are general concepts. Let’s take a look at some of the best Fortnite skin concepts of Season 9.

Fortnite is probably the best game on the market with customization options. This game allows players to become everything they want. The skins are generally amazing and players simply race with each other to collect the best skins every new season. However, the idea of constant skin releases wasn’t thought of overnight. The first Fortnite skins were just a little bit different from the default skins, with no major altercations like players see now.

However, many seasons later, Epic Games got bolder and skins released today are simply amazing. Epic Games also listened to the community, and sometimes would put concept skins done by players into the game. This was an amazing move by the Epic Games. With the new Season 9 release, let us take a look at the best skin concepts from the community.

This amazing concept is coming from Noblebatterflyor with the creator code Nobel_. The skin can be remembered by the last seasons Banana skin or Pelly. In the Season 9 trailer, Peely went into the vault after the events of Season 8. However, when they were found years later, Peely became nothing more than a milkshake and that is where this skin takes its muse. It does look like a very interesting concept that we hope Epic Games can try to add in the game.

Of course, due to the copyright issues, they will not be able to add this concept into the game as Mario and Luigi, but there can be ways. Players would love this skin without a doubt. Our amazing plumbers coming into the most popular game in the world. Created By Star-Lord. However, if Nintendo did ever work something out with Epic Games, this would open up the flood gates of players requesting all types of Nintendo characters. With that said, why wouldn’t Nintendo just create their own battle royale game? They were able to do a fighting game with their characters (Super Smash Bros.), they could certainly do an adaptation of this in the world of battle royale.

Timthetatman is one of the most popular Fortnite streamers out there without a doubt. He is the 6th most followed streamer in Fortnite; so making a skin for him would make sense. Recently he has been pairing with Ninja a lot and gaining more exposure in the Fortnite world. His skin concept looks hilarious with the penguin as his back bling. However, it would be a fan favorite skin for sure. Created by Camronbrown93.

Not very original, but players would love to play as Captain America and with the recent hype around the movie Avengers: Endgame. Fortnite always had good relations with Marvel so why not? It could possibly happen. The shield would look amazing in all honesty. Created by Recade15.

Another creation by Nobel_. This skin looks like a very good addition to season 9. The pickaxe is particularly stunning with it’s hovering effect and cotton candy colors. Fortnite Season 9 is a futuristic Season so this skin would fit in perfectly. Additionally, the creator added a neat 80’s vibe to it. The cool factor is at 100%.

As always players continue to create these amazing looking skins. It would be great if Epic Games would take a look at some fan concepts and incorporate them in-game as they did for Kittyplays skin. Bethesda Shares Rage 2 Tips and Tricks: A Guide by... How to Fix The Fortnite Texture Issues
Back to
log in
We use cookies on our website to give you the most relevant experience by remembering your preferences and repeat visits. By clicking “Accept”, you consent to the use of ALL the cookies.
Do not sell my personal information.
Cookie SettingsAccept
Manage consent