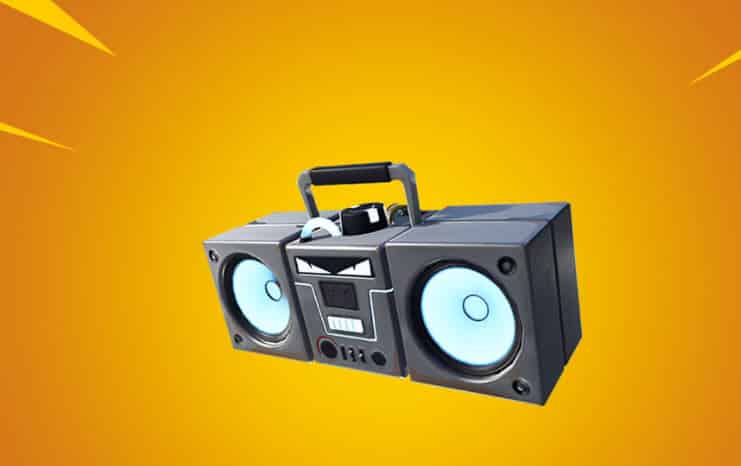 UPDATE: Boomboxes are now Vaulted with V.730 patch. They have been replaced with Bottle Rockets. Here is what you need to know: Comparing Fortnite Bottle Rockets to Boomboxes

With the new V7.10 update comes leaks that data miners have been spending hours trying to solve.

Carrot as an in-game edible?

Twitter user @FortTory has posted a render of what seems to be as a carrot.

A carrot in the Foraged Items section… Whut xD pic.twitter.com/FGHD6KE7qG

Everyone’s guessing this will be a replacment to bandages. Is this finally a quick consumable edible that with no 75 HP cap ?

With Christmas coming up, why would Epic be hiding a carrot in it’s code?

14 days of Fortnite has begun and the carrot could very well be a part of new LTM’s that are set to feature.

A Boombox render is shown in the V7.10 update.

Images and sounds of a Boombox have been leaked and users can’t seem to figure out what it could be used for.

The item could be used as a weapon or a trap, similar to a Boogie bomb where sound can slow down movement or deafen footsteps.

Playstation Plus users Rejoice! The new “Fortnite Celebration Pack 4” is out and it’s free

Playstation Plus service now offers a fortnite bundle for it’s users in the USA. You can search for it in Sony’s Playstation Store and it should be available for PS plus subscribers. Though PlayStation Plus isn’t required to pay Epic, Sony has made sure there is extra value for players who do have a PS Plus subscription. Celebration packs keep coming out through the year, this remains exclusive to PS Plus users for free.

What’s in it and how to get it?

Finally, this bundle includes a prodigy outfit, a Tabulator back bling and a “2D pizza” emoticon.

If your Playstation has “Remote connections” enabled, you could download it right away without being next to you Playstation .

Here’s the link to Fortnite’s celebration pack 4. Login to your ps plus account and add the download to your Playstation right away. Crazy Feet Emote Is Same Dance From Grandma's Boy
Back to
log in
We use cookies on our website to give you the most relevant experience by remembering your preferences and repeat visits. By clicking “Accept”, you consent to the use of ALL the cookies.
Do not sell my personal information.
Cookie SettingsAccept
Manage consent