By Vinny Deluca
4 years ago3 years ago
1 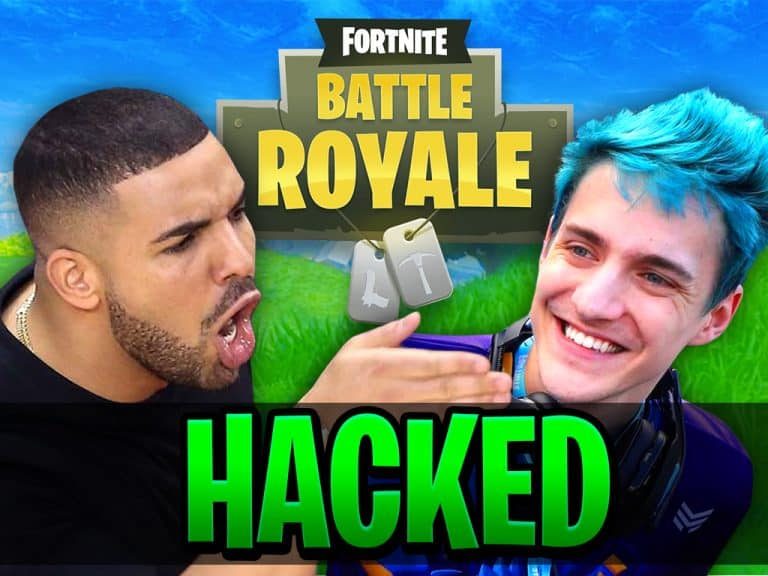 Drake invites Ninja to play Fortnite while he is streaming a fundraiser. What a perfect combination at the perfect time… Unless of course, it’s not really Drake and his account was hacked. (Video included at end)

It seems like forever when Ninja teamed up, for squad play with, Drake, Travis Scott and JuJu Smith-Schuster, practically breaking Twitch with over 630,000 viewers tuning in.

It propelled an already thriving Ninja to the next level. Let’s fast forward to November 24th 2018. Ninja hosting an Elen Fundraiser, with a goal to reach 50,000$ in donations.

Ninja’s normal 50K + fans tuned in to watch and things were going as planned.

Ninja then gets an invite from a Duddus647, which of course is Drake’s account. Ninja accepts the invite and immediately texts to find out if it really is Drake or a buddy using his account.

During a fundraiser, playing with Drake? There would be no better way to grow massive donations.

Ninja decides to pair up but you can immediately see he is thinking about it. It’s easy for us to just accept and jump in, but when you have 60K viewers watching you, things need to be processed differently.

Ninja decides to pair up but you can immediately see he is thinking about it. It’s easy for us to just accept and jump in, but when you have 60K viewers watching you, things need to be thought out. Why would Drake not warn or let him know he wants to play before just inviting him.

Ninja notices a high ping, with all do respect, that can easily be Drake playing from outside of the US. However, you do see Ninja clearly thinking about it.

Ninja notices he is on PC not his usual PS4.

The duo drops Snobby Shores and the Hacker starts to dance while Ninja begins to farm. From watching Drake play in the past, it’s very clear that was not his style of play.

Ninja, then decides it’s time to get his audio setup and working so he can speak. At this point Ninja mentions it, and clearly has doubts that this is NOT DRAKE.

As soon as Ninja has his audio adjusted, the hacker makes his move and utters racial slurs. Ninja quickly leaves the game and you can almost see a sign of relief, like he knew all along something was not right.

In conclusion, Ninja was all business and handled the situation like a champ.

Here is a cut clip we made explaining how the events unfolded. (Warning profanity)

He raised over 50K and did not seem fazed one bit by the event.

Incredible guys thank you so much to everyone who donated and supported! 52k in 9 hours AMAZING! pic.twitter.com/qhqF2ZMxHl

All this to say, celebrity or not, always turn on double authy for your accounts. This is a perfect example of something that could have been avoided. FNATIC Signs Pro Gamer Bwipo For Three Years
Back to
log in
We use cookies on our website to give you the most relevant experience by remembering your preferences and repeat visits. By clicking “Accept”, you consent to the use of ALL the cookies.
Do not sell my personal information.
Cookie SettingsAccept
Manage consent