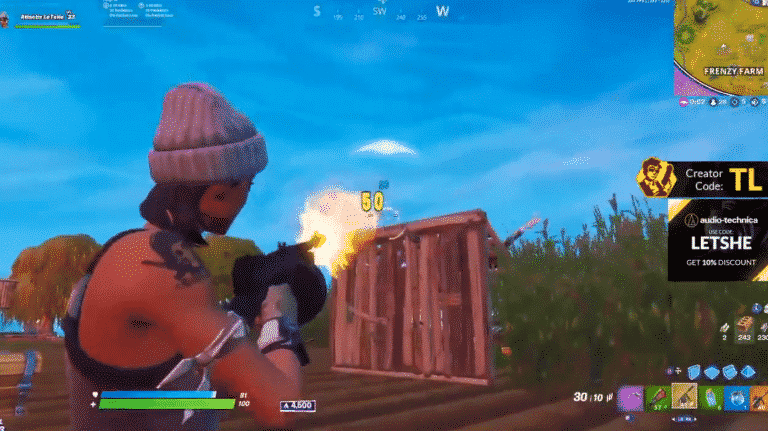 Fortnite Battle Royale has gained momentum again after it’s recent released of Chapter 2 Season 2. The number one reasonfortnite became to popular, so fast, was due to cross-play. Prior to Fortnite, not many companies had cross-play and this divided the player base. However, after Fortnite, we can see that other gaming companies are following them, especially shooter games. But there is a catch, generally, console players do not want to play with PC players. Because Mouse and Keyboard are superior to controllers. However, over the last few months, Fortnite players started to complain about controller players and the reason is the aim assist. But with Fortnite Chapter 2, Season 2, aim assist reached a whole another level.

Aim assist snaps on to the target is you aim down sights to close proximity. This feature is generally done in order to compensate for the controller’s precise shooting difficulty. But with Fortnite Chapter 2 Season 2 players started to notice that their aim assist is stronger than ever. Several players also stated that they can snap onto targets even if they are behind a wall or a structure. This is highly problematic because aim assist is acting like an aimbot with this feature. It is very easy to get kills with this and in a game like Fortnite, it is highly abusive and tilting the scales in favor of console players.

Switching to legacy so I can use wallhacks + aimbot legally 😍 pic.twitter.com/cE24dasgzO

Of course, this is probably a bug and Epic Games needs to address this issue really fast. Over the last months, big names such as Tfue stated that the aim assist on the console is extremely strong and unfair. Fortnite gaming community is a big one and Epic Games had problems with the community in the past. We can only assume that this problem will be fixed fast by the developers otherwise there will be another spark between the parties. Also if we take a look at the esports part of things we should see cross-play tournaments canceled until this is fixed. FIFA Pro Player Kurt0411 Banned From FIFA by Electronic Arts
Back to
log in
We use cookies on our website to give you the most relevant experience by remembering your preferences and repeat visits. By clicking “Accept”, you consent to the use of ALL the cookies.
Do not sell my personal information.
Cookie SettingsAccept
Manage consent