Epic Games unvaulted one of the most controversial items in the game.

Epic Games likes to make events and are the pioneers in the industry in this department. Recently we had the Christmas and the New Year events. These events were great, however, we have one more event before we move to Fortnite Chapter 2 Season 2, and this event is the Lunar New Year. Especially in recent years, we saw that game developers are leaning more and more towards the Chinese market. This is normal since if you do not go to China, China comes to you. One of the best examples of this is Tencent. Tencent is backing up huge companies in the gaming industry and Epic Games is one of these companies. So in order to celebrate the Chinese New Year, games are doing more and more events towards this audience.

Chinese New Year in Fortnite is a time of generally sale and updates to the Item Shop with generally Asian themed skins, gliders, etc. However this year we are also seeing the Bottle Rockets are getting unvaulted for this event. These rockets were among the most controversial items. Because of their strategic use and them being overpowered for the competitive gameplay, they were vaulted. However, they are very good for the Fortnite Chinese New Year event. Especially since these rockets do look like fireworks when they are used. As you all know fireworks are very important in Chinese culture.

Of course, we are also going towards the Fortnite Chapter 2 Season 2. This season was alright for Fortnite standards. After we saw that Fortnite had a terrible Season 10, everyone was scared for Chapter 2. However, this season was also not amazing. The recent ziplines bug is the proof of that. Although we saw many new things with this season we are expecting a lot more in the upcoming season. Fortnite is still the biggest game in the world. However, Epic Games is trying to retain its player base for the long run. Especially trying to establish Fortnite as an esports game is hard and some of the big names and teams are getting out of this game. 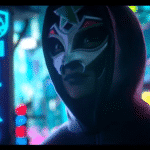 Team Liquid Signed mitr0
Back to
log in
We use cookies on our website to give you the most relevant experience by remembering your preferences and repeat visits. By clicking “Accept”, you consent to the use of ALL the cookies.
Do not sell my personal information.
Cookie SettingsAccept
Manage consent