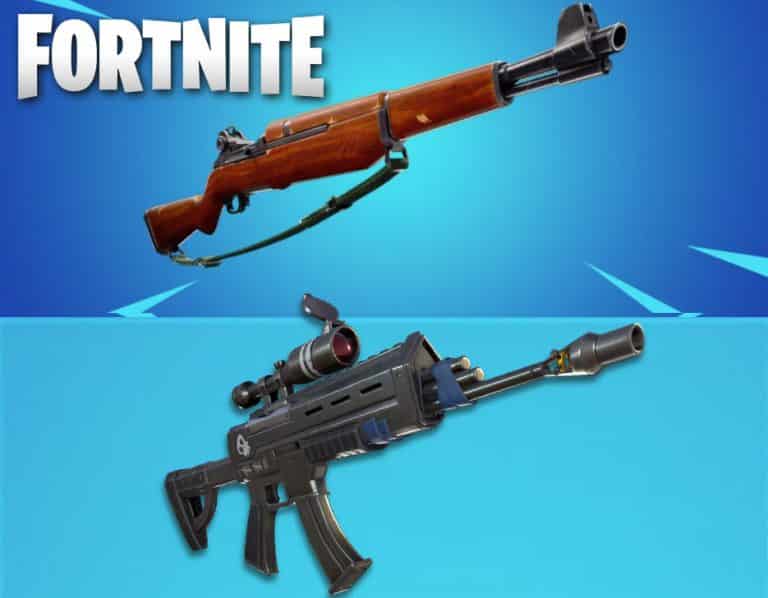 Is the new Infantry Rifle a sign that the unpopular Scoped assault rifle is set to hit the Fortnite Vault?

Epic games has announced the release of its newest weapon, the Infantry Rifle, ahead of the 7.40 update. The news comes less then two weeks since the vaulting of the Bolt action sniper rifle. Many fans were shocked to see the original sniper rifle removed from the game. However, Fortnite fans don’t have to wait long for a new carbine to make it’s entry with the Infantry Rifle set for release.

Fortnite’s heavy rifle class has been in complete makeover mode over the course of the past two seasons. First came the addition of the silence sniper, that eventually replaced the tradition bolt action rifle. If the pattern continues, there should be another Scoped weapon to hit the vault, during or shortly after, the Infantry rifle release.

Scoped AR should be vaulted

The only thing holding back the scoped AR from being vaulted is the history behind it. Introduced as a new weapon in Season 1 patch 1.64, the scoped ar was the first semi with scoped aiming. Although never a popular choice, the gun remains in the game. The first sign of change happened during update 7.20, when its rarity decreased from Rare/Epic to Uncommon/Rare. The change could have very well been the last call before setting the stage for the Infantry Rifle.

What to expect from the Infantry Rifle

The gun has the look of an original M1 style rifle. Although a little dull, the infantry rifle could be exactly what Fortnite needs. A single to semi shot riffle that packs a punch. Something in between the hunting rifle and the Scoped AR. Faster fire rate then the hunting rifle but more damage then the scoped AR. This is the best case scenario as a mid range high damage rifle, something the Scope AR lacks. There is no doubt if Fortnite introduces a single burst rifle with pop, the Scoped AR is toast. The addition of the Infantry Rifle seems to be perfect timing with the Secret Skirmish invitational set to take place later this week. How To Glide Further In Apex Legends Using Balloons
Back to
log in
We use cookies on our website to give you the most relevant experience by remembering your preferences and repeat visits. By clicking “Accept”, you consent to the use of ALL the cookies.
Do not sell my personal information.
Cookie SettingsAccept
Manage consent