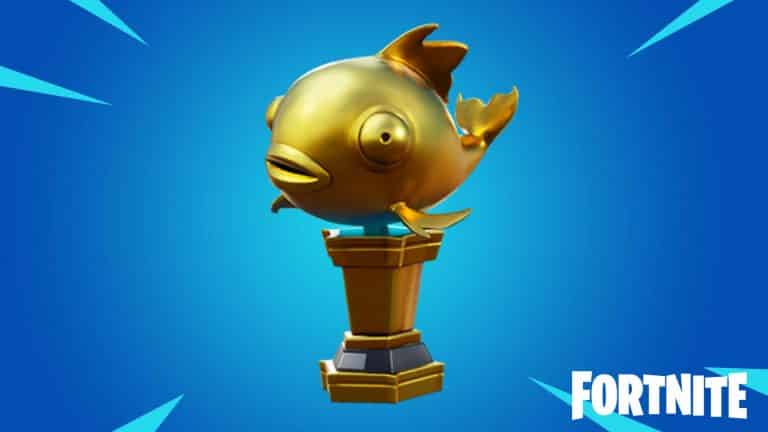 Fortnite Battle Royale Chapter 2 introduced a brand new map, however, that’s not the only thing new they introduced. We can see that the game has changed a lot with boats, fishing and weapon upgrade benches. However, even though the game changed the essentials are the same. Survive and be the last one alive. We have also seen a couple of new weapons. But there were no big items that are game-changing.

Maybe we have the first game-changing item here. According to the leaks, the first Mythic item of Chapter 2 is coming soon. As we all know mythic items in the past were extremely powerful.  We all remember the infamous Infinity Blade. This was an awesome weapon, but it was very overpowered and shouldn’t be in the game, to begin with. However, of course, after major criticisms from the community, Epic Games decided to take the Infinity Blade out of the game. Whenever Epic Games includes a slightly stronger weapon it backfires and there is a simple way of explaining this. Players want an even field to play. Nobody wants to get slashed by an OP weapon. However this time they’re seeing a new Mythic Item from leaks.

And according to these leaks, the Mythic item in question is a Mythic goldfish. From the leaks we understand that it works as a throwable object. If you throw it to your enemies, you will deal 90 damage. Players can find this item if they are fishing. Of course currently, we do not know whether it should be a direct hit or is there an explosion radius. However, if it is a direct hit weapon we may not be looking at a very impressive Mythic Item. Also, Epic Games might be appealing to the meme potential of the item. Because let s be honest no one wants another Infinity Blade blunder at their hands.

Fortnite Battle Royale Chapter 2 offers a lot. Most of the map is currently empty. However, we are sure that in the future Fortnite map will start to get more complex just like Fortnite Chapter 1. Epic Games loves to change map bit by bit. However, we are scared that this might be the last map we get to see from Fortnite. Honestly, can the game last for another 2 years? This is a complete unknown right now. The latest problems are SBMM, forced Cross-play and the Bots in matches. Players Are Complaining Over The New Fortnite Battle Pass. It... Search For The Hidden O In The Open Water Loading...
Back to
log in
We use cookies on our website to give you the most relevant experience by remembering your preferences and repeat visits. By clicking “Accept”, you consent to the use of ALL the cookies.
Do not sell my personal information.
Cookie SettingsAccept
Manage consent