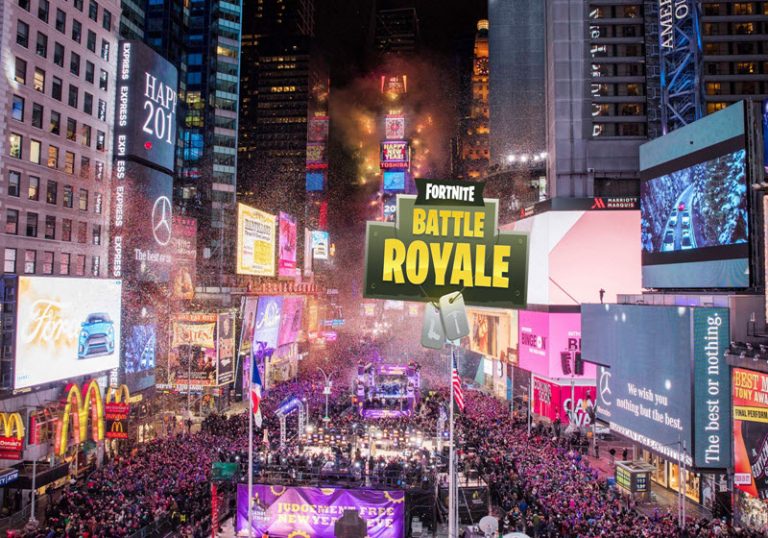 A disco ball and disco lights have been discovered in the current V7.10 update files speculating a Fortnite event on New Years Eve

With the new years around the corner, rumors have it that Epic is set for an in-game live event.

The V7.10 update was huge and new leaks and hidden files are being discovered.

The screenshot suggest that a huge disco ball is going to drop on the map as a part of an In-game event. We all remember how the Cube event played out.

Ninja does the Pon Pon Dance.

During the show, Ninja talks about how Epic was able to create such a massive game by just keeping it “free to play”. Years back, children had to beg their parents to spend money and get them games, Epic changed that culture by offering a free to play game that is Cross-Platform.

Also, Jimmy asksed Ninja why people are watching other players video games when they should be spending that time playing video games themselves. Ninja replied to that stating, “that just because you play soccer it doesn’t mean you should always be playing soccer and not watch other play the game.” The same logic applies here, for a player to improve at the game they have to watch how the game is being played by pros. Hence, millions of viewers tune into watch streamers grinding for hours, as it helps them personally improve their game. That’s the new kind of entertainment people are into. Carrot and Boombox Coming To Fortnite
Back to
log in
We use cookies on our website to give you the most relevant experience by remembering your preferences and repeat visits. By clicking “Accept”, you consent to the use of ALL the cookies.
Do not sell my personal information.
Cookie SettingsAccept
Manage consent