With Fortnite becoming a hit, many gamers are taking the opportunity and creating memorabilia and merchandise since Epic games hasn’t put anything out yet. One of those items is a Fortnite Trucker Hat Camo.

With season 6 coming out last week we felt it was time to showcase a bunch of Fortnite items. In this finding is a really cool Fortnite Trucker Hat that someone put together. Now the Fortnite trucker hat isn’t official in case you were wondering. What happens a lot of the time is that sellers take advantage of a popular game when the game company doesn’t produce any official clothing  such as t-shirts or hats.

So in order to capitalize on the lack of apparel sellers go out of their way to customize their own gear to sell.

This particular Fortnite trucker hat has been selling fast and actually this is the last one available. The seller is bound to make more in case you check the listing and find out that the trucker hat is sold out. All you need to do is add the seller your your favorite list and you’ll receive any updates in inventory.

Combining a hat and the best selling game at the moment is the perfect marriage. Although Fortnite is free for the most part (you can buy console versions of the game), the actual PC version is free. The only thing is if you’re looking to change your skin, or get an emote, you need to purchase v-bucks in-game. The only way to do that is to spend real money for v-bucks.

On top of that, Fortnite is the most played game at the moment. With it’s user base growing, casual gamers are taking the opportunity to make some side money by creating Fortnite merchandise (unofficial). A trucker hat + Fortnite in awesome, but done with a camo is fantastic, and it’s what you have here. 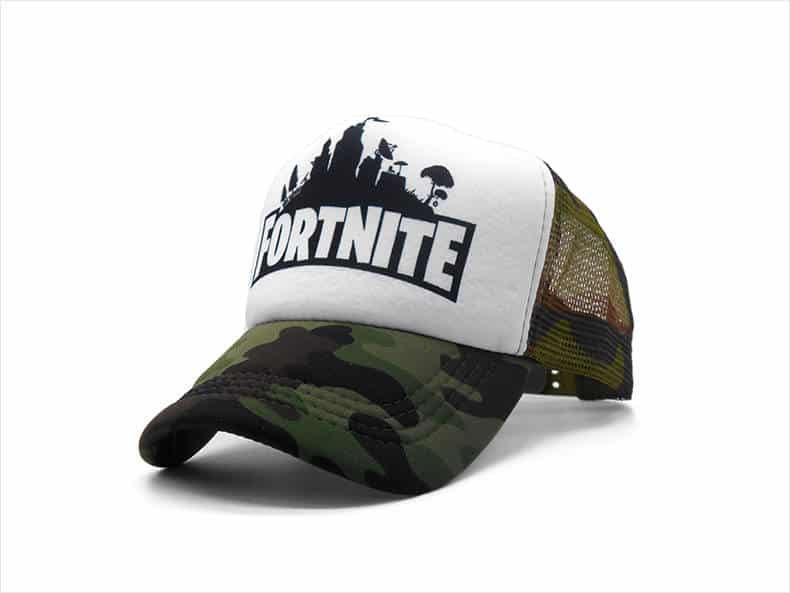 The Most Expensive Fortnite Item in the World
Back to
log in
We use cookies on our website to give you the most relevant experience by remembering your preferences and repeat visits. By clicking “Accept”, you consent to the use of ALL the cookies.
Do not sell my personal information.
Cookie SettingsAccept
Manage consent