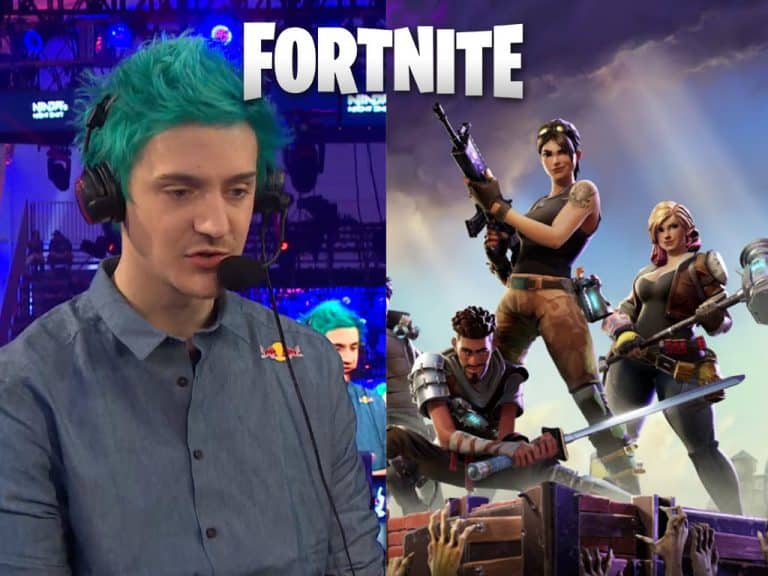 Ninja wraps up his Night Shift event in Warsaw Poland with some tips for new Fortnite players looking to improve.

Tyler “Ninja” Blevins took his show on the road, travelling to Paris, Austria and Poland over the course of a week. His first stop in Paris was highlighted by his drop by the Scuf house in Paris, where he played with French star Gotaga. His next stop was Austria where streamed from Hangar 7. The final destination was Poland where he hosted his Red Bull Night Shift event.

At the conclusion of the event Ninja was asked to give his advice for players trying to improve. His answer is very simple, “Don’t play for wins”. Ninja adds to drop into aggressive spots like Tilted Towers and Retail Row.” He also mentions: “Learn how to fight and how to maneuver, get practice with decision making, should you take this fight. He goes on and takes a poke at his friend Smitty who he refers to as “Hiding”

Ninja talks about keybinds and how to make sure to change them.

Most of Ninja current fans are younger players. Ninja made the smart move by changing his content to a family oriented style. Hardly any swearing, raging or negative vibes. The rise of Fortnite is why Ninja continues to be the perfect role model for the younger audience. His recent travel to Europe is the first time Ninja has streamed outside of the US. There was fear among some of his fans that Ninja would be dropping Fortnite as he had started to focus on Apex Legends. However, his recent trip shows that he has no plans on slowing down his Fortnite content for his fans. CWL Fort Worth Location - How to Get to the...
Back to
log in
We use cookies on our website to give you the most relevant experience by remembering your preferences and repeat visits. By clicking “Accept”, you consent to the use of ALL the cookies.
Do not sell my personal information.
Cookie SettingsAccept
Manage consent