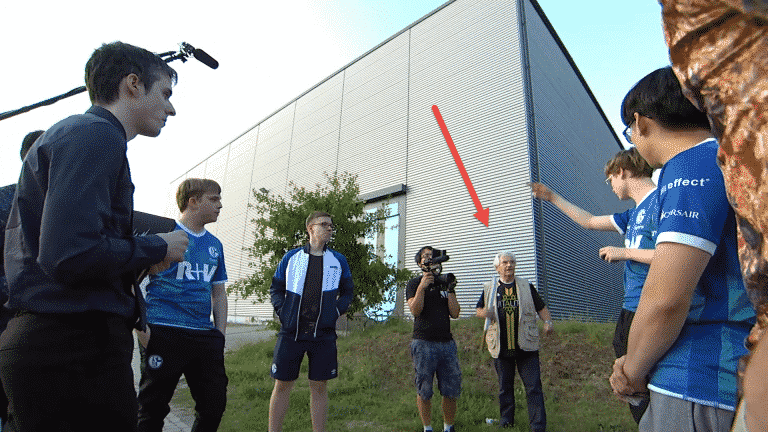 The League of Legends European Championship (LEC) is nearing the end, with just five days left to go. Until now, we’ve seen some great action from teams like Rogue, Vitality and Schalke 04. The current standings from LEC has G2 Esports at the top with 15 wins and 3 losses, followed by Fnatic at 14-4 and Splyce 12-6. Schalke 04 sits at a comfortable 4th place right behind Splyce followed by TYeam Vitality and Origen.

Over the weekend, the playoffs commenced, having the round of start off with Rogue vs Splyce and S04 vs VIT. Friday had the Rogue and Splyce match were Rogue ran through Splyce in convincing fashion, winning the series 3-0. On Saturday, Schalke 04 beat Team Vitality 3-1, moving onto the quarterfinals to play Rogue. The other quarterfinals will have G2 Esports vs FNATIC.

Schalke 04 has been doing great up throughout the tournament, only dropping a few games. The last defeat came from Rogue, so the match=up on Aug 30th will be an exciting one to watch. However, something odd happened during the weekend between Schalke 04 and Team Vitality which isn’t seen every day.

During the match between Schalke 04 and Team Vitality, there was a break for the match and both teams went and did their own thing. Team Schalke 04 decided to take a break outside and get some fresh air where they wouldn’t be bothered by the noise from inside the arena. The team was followed by their coach and a few cameras to capture their moments. At one point, Elias Lipp aka “Upset” dropped his snack on the ground, perhaps due to the nerves that one would at this latter part of the tournament. As he was moving back and forth, he noticed a fan approaching his squad.

One of the last things Schalke 04 would want to see would be a fan from Team Vitality to reign in on their break. But, as viewers and people in the chat noticed, it was an elderly man who approached the team wearing a Team Vitality shirt. There are older esports fans that love to see gaming competitions, but it’s not a sight seen every day. Some were suggesting that it might be the father of one of the Team Vitality players, or just a super fan looking to put Schalke 04 off their game.

As the Team Vitality fan approached Schalke 04, Elias Lipp quickly told the fan to move along and pointed in the other direction. Although some viewers were suggesting that the fan lost his track and that Upset was showing him the way, others mentioned that he was annoyed by what the fan was saying. Here’s the clip:

We might not know what was said between the two, but thankfully there wasn’t any hostility from the Team Vitality fan. Considering that Upset gave a gesture to the fan that looked like “go away” in hand language, the fan quickly left and moved on. If the super fan was talking smack, we would have loved to hear the exchange between the two. That’s most likely one that Elias Lipp will keep to himself. CorinnaKopf Tries To Show Tfue In His Underwear On Stream....
Back to
log in
We use cookies on our website to give you the most relevant experience by remembering your preferences and repeat visits. By clicking “Accept”, you consent to the use of ALL the cookies.
Do not sell my personal information.
Cookie SettingsAccept
Manage consent