The Group Stage for the 2019 League of Legends World Championship, or Worlds 2019, has officially concluded. From the initial 16 teams, we are left with just eight teams. Of the eight teams in the Knockout Stage, three are from the LCK, three are from the LEC and the final two slots are from the LPL. Interestingly, all three LCK representatives obtained the first seeds out of their respective groups. On the other hand, all three LEC teams clawed their way to the second seeds.

If you haven’t been watching League of Legends, here’s a quick overview of each match-up.

Damwon Gaming came all the way from the Play-In stage to the Knockouts of Worlds 2019. On top of that, this is the first Worlds appearance of the org, as well as every member of the team. Many analysts attribute their success in no small part to their coach, Kim Jeong-soo. Coach Kim took the highly volatile Invictus Gaming squad all the way to the Summoner’s Cup last year. This time, he’ll try to do it with Damwon Gaming, straight from Challengers Korea. Expect Damwon Gaming to flex their mechanical skills on their opponents all series long.

Standing in their way: 2019 MSI Champions G2 Esports. G2 just might be the most underrated Grand Slam contender in the history of competitive League of Legends. SKT and RNG came close; SKT won all but lost Summer semi-finals to KT Rolster, then RNG lost at Worlds 2018 after winning Spring, MSI, and Summer. For G2, this would prove to the world that their MSI win was never a fluke. Expect G2 to go all out and throw every bit of theory-crafting you did in preparation for them.

It feels like another SKT year to me, to be honest. After a year of shaky performances, SKT doubled down on arguably the best roster ever assembled in Korea. Faker is back in his godly form, but that’s not the scariest part. The rest of the team are superstars in their own right. When this team clicks, they’re definitely championship material. SKT will look to re-establish their fallen dynasty and cement themselves as one of the greatest e-sports organizations of all time.

The other team in this matchup: LEC’s third seed Splyce. They’re probably happy just to be in the Knockouts, coming all the way from Play-Ins. Make no mistake, though. This team will still go down kicking and screaming. Expect Kobbe to pull some shockers in late-game team-fights against Teddy and the rest of SKT. With nothing to lose, expect Splyce to make SKT bleed as much as they can.

Many fans are doubtful of Griffin’s ability to win Bo5’s. To be fair, they’re against SKT, of all teams. This would be the perfect time for Griffin to prove their haters wrong and possibly go all the way to beat SKT once and for all. Their ability to snowball early leads is unmatched, as well as their seamless coordination. This match-up is the closest and easily the most anticipated one. Expect Griffin to punish IG’s aggression with their own.

The reigning champions Invictus Gaming are back to defend their crown. After a humiliating loss against Team Liquid in the Mid-Season Invitational and a shaky Summer performance, they’re starting to look like the IG that won Worlds last year. Ning is back to his old winning form. However, we all know he can change from heads to tails every other game. Expect TheShy and Rookie to up their level even more to be the second multi-time Worlds winners. Expect IG’s stars to shine on the brightest stage of the competitive scene.

Okay, how did we get here again, Doinb? After a long struggle to win a domestic title, Doinb finally got his turn to play at Worlds. FPX will look to continue their season-long dominance against Europe’s 2nd seed in this match-up. I will admit to not watching every FPX game in the LPL. However, I did watch their loss in Spring against JDG, as well as their playoff run in Summer, and oh boy, was it a rollercoaster. Well, that’s just the usual Doinb thing. They’re unconventional and unpredictable. They will force you to follow their game plan. Expect FPX to continue defying conventional wisdom and play however they want to.

For the final team in the Knockout Stage, we have the darlings of the LEC: Fnatic. After losing to IG in the finals of Worlds 2018, Fnatic lost Caps to G2 Esports and we thought they’d never make it back, not without a superstar in the mid lane to replace him. Apparently, you can simply farm Fnatic mids somewhere because they just got one right after Caps left. Nemesis might not be the flashy playmaker like Caps, but he’s as solid as it gets. One can argue that Fnatic got better as a team with Nemesis holding the team together in the mid lane with Broxah. His steadiness allows Rekkles and Bwipo to dish out the pain and let Hylissang do what he wants. Expect Fnatic to make early plays to establish their confidence and allow them to get the ball rolling in their favor.

The Knockout Stage of Worlds 2019 starts on October 26th. Stay tuned for our recaps of every match-up. 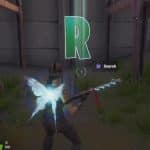 Find The Hidden R Found In The Forged By Slurp...
Back to
log in
We use cookies on our website to give you the most relevant experience by remembering your preferences and repeat visits. By clicking “Accept”, you consent to the use of ALL the cookies.
Do not sell my personal information.
Cookie SettingsAccept
Manage consent