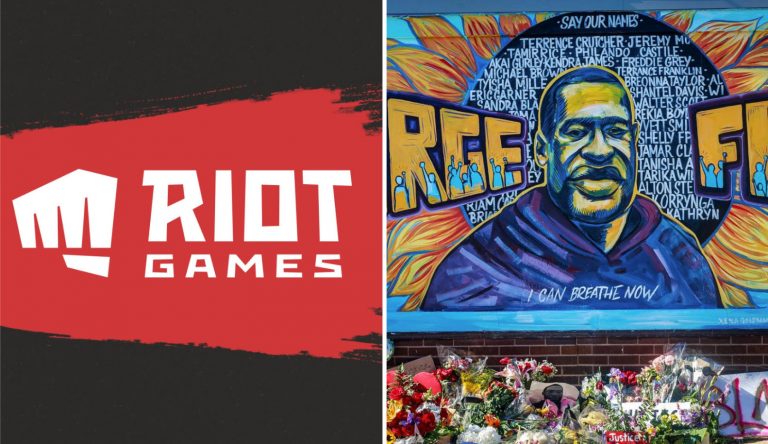 *UPDATED June 12, 2020* Riot Games has released Ron Johnson from the company and released an official statement from Joe Hixson, spokesperson for Riot Games:

Ron Johnson is no longer employed at Riot Games.

“The sentiment expressed in the image in question is abhorrent and runs directly counter to our values and our belief that addressing systemic racism requires immediate societal change, something that we’re committed to working toward.

“As we shared last week, Riot is taking thoughtful and deliberate action to help combat racism and injustice in the communities where we work and live. To start, we’re committing $1 million to areas where we know we can make an impact, including justice reform, long-term solutions to address racial bias, and support for local Black-owned businesses. We’re also striving to change the face of our industry and create opportunities, including by investing $10 million in founders underrepresented in the games industry and helping create a future pipeline of underrepresented talent for the gaming and tech world.

“We know there is much work to be done, and we vow to do our part.” Joe Hixson – Public Relations Director @ Riot Games

Many people were optimistic about the start of 2020 as it was the start of a new decade, however, the Coronavirus and the major protests around the world has really effected 2020 altogether. Protests began in the United States after the murder of George Floyd and they do not seem to be ending anytime soon. The protests got support from all corners of the world. We have seen many companies announcing their support for racial inequality and police profiling. One of the companies that announced their support was Riot Games. But one of the Riot Games employees is under fire for their comments against the George Floyd murder. Riot Games announced that they are investigating the issue.

Riot Games Executive Ron Johnson, Global Head of Consumer Products, shared a heartless post on his Facebook page about George Floyd. This sparked the outrage against the Riot Games executive as we have seen the power of social media once again. Ron Johnson downplayed the police’s role in the murder and made a point towards his criminal record. Of course, a comment like this will affect Riot Games and bring major backlash to the company as the world tries to come together during a dark period. Currently, the details of the investigation is unknown. You can check the Facebook post below. It’s not the first time Riot Games has been under the spotlight for controversy. Last year they lost a class action lawsuit against Women in Games for their mistreatment of women in the workplace.

Riot Games is one of the biggest companies in the esports arena. League of Legends is at the forefront of this success. Their new game Valorant broke several Twitch records before its release. However, these comments made by an executive is very unique since many top known figures already stated their support against police brutality. We will see how this will turn out, and whether Riot Games will issue a statement about the incident. PS5 Top 5 Upcoming PlayStation 5 Games We're Excited About
Back to
log in
We use cookies on our website to give you the most relevant experience by remembering your preferences and repeat visits. By clicking “Accept”, you consent to the use of ALL the cookies.
Do not sell my personal information.
Cookie SettingsAccept
Manage consent