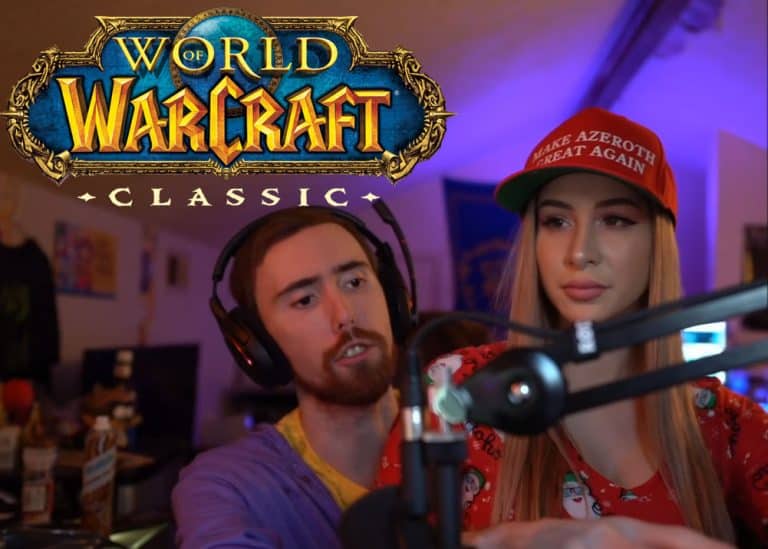 Asmongold Gets Nightblade in WoW Classic

World of Warcraft is the hottest game right now. WoW Classic got released several weeks ago. Players around the world were split in two groups. One side was optimistic about it’s return while the other side doubted if the game had enough punch to work its way through all the newer games on the market. One group was thinking that there is a big possibility that the game would fail and this was a horrible decision by Blizzard to bring back an “oldie”. On the other hand, nearly all of the hardcore veterans were extremely positive about it and they have stated that this is what they wanted for years. Until now, the game is still going strong. This also means that Blizzard should look into the question of; Where did they go wrong with the current version of the game rather than the Classic?

There are two versions of the game running officially right now. Most of the current players are also trying the Classic WoW but there is also a base of new players who never played World of Warcraft before and their feedback until now is positive. Actually much more positive than the current version of the game.

One of the most popular content creator for WoW is Asmongold. He was and still is the biggest supporter of the WoW Classic. Of course, being Asmongold, one of the key figures for this game is that you can sometimes get special items in-game. Not from the developers per say, but specifically from players in his raid parties. A lot of the time, his teammates like to give him some of the best items in-game. They do this to mostly support him.

On yesterdays stream, Asmongold got a special item from a raid member. The member gave him a Nightblade for him to use. This item is so rare to find in the game you need to be extremely lucky to get it. It is not an endgame item but it will lead you until Level 60 without a doubt. Let us see how rare is Nightblade.

As you can see it is an incredibly rare item to find. Players can try out World of Warcraft Classic right now by paying only the monthly fee ou can download it from Battle.Net client. This is possibly the most unselfish gesture that anyone could do in WoW Classic, and Asmongold was completely shocked when he received the Nightblade considering how rare it is. We would imagine he is friends with the gifter now, but such an act is quite rare considering the Nightblade is such a hard find. CRYPTO Spotted Recently In Apex Legends. New Character Confirmed?
Back to
log in
We use cookies on our website to give you the most relevant experience by remembering your preferences and repeat visits. By clicking “Accept”, you consent to the use of ALL the cookies.
Do not sell my personal information.
Cookie SettingsAccept
Manage consent