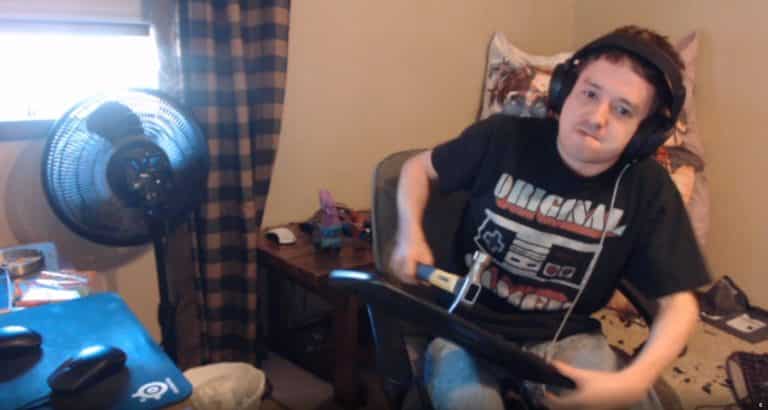 A streamer goes into full rage mode and breaks his keyboard in front of all his Twitch viewers.

When you look up “Gamer Rage” in Google, you’ll most likely stumble upon a streamer named Dellor. He’s not a very popular streamer, but he’s well known within the community, and more often, among other streamers. Dellor made a name for himself as the “Rager Streamer”. You can see some popular rage clips on YouTube and on Twitch of Dellor either breaking things, screaming at the mic, or walking around in a heated manner. No one really understands why he’s able to jump into such a rage, however, there are some theories out there.

Twitch, the Future is Neon pic.twitter.com/ospkGYXuYk

The cluttered streaming world is saturated. Many can agree that starting from scratch is one of the more ambitious, and difficult things to do in this day of age. There was a time when a streamer would setup their equipment, start streaming and get followers easily. However, that was many years ago. In a world where almost every video game player wants to stream, the space can get crowded. So how does one separate themselves?

If you look at Dr Disrespect, he’s one of the more notorious streamers. He has built his brand around being “disrespectful” to his follower, but in a very light-hearted way. He’s not incredibly rude or condescending. As well, he has built a solid brand around his image. Dr Disrespect has a certain look and tone that gets him noticed. Furthermore, the “2xChampion” didn’t get famous overnight. It took many years of hard work and dedication to get where he’s at. So what does this have to do with Dellor?

If there’s any streamer out there that’s known for “raging”, that would be Dellor. He’s built this image of himself as the very sensitive gamer where with a snap of a finger, will start to break things and scream at his viewers. Some of his viewers have said he’s “faking” his rage moments. Other’s say he needs help.

Regardless, Dellor isn’t breaking or screaming all the time. Most of the time he’s a normal streamer having a casual conversation with his chat. But when Dellor does “break”, his clips get a lot of attention. It’s probably because no one else really freaks out like he does, and in this day of age, if you’re able to find a good angle and keep at it, you’ll most likely get noticed.

Throughout Dellors streaming career, he’s broken many items, but one item sticks out the most. His keyboards. In fact, if you watch one of Dellor’s streams, you’ll notice a bunch of broken keyboards behind him, with the keyboard buttons all over the place. It’s a constant reminder to his viewers that he means business. Some might not agree with his approach, and it’s really up to the viewer to decide if they want to stay or continue watching his streams. But if you do stick around, you might be able to catch Dellor in one of his raging moments.

One of Dellors viewers were asking him what’s up with his broken keyboards in the back of him. Dellor said those were the keyboards he broke. When he went to pick one of his keyboards up to show his viewers, the keyboard cord got tangled up with his headset cord. As Dellor was trying to untangle the cords, he started to get annoyed because it was taking him a long time. That’s when he got angry and started hitting the broken keyboard with a hammer. Eventually, he impaled the keyboard and then tried to remove more buttons from it.

Now you might be asking who would care to watch this? And why would people encourage this sort of behavior? Well, certain gamers have particular tastes, and there are people that like to watch rage moments like this, hence the 300k+ followers that Dellor has. 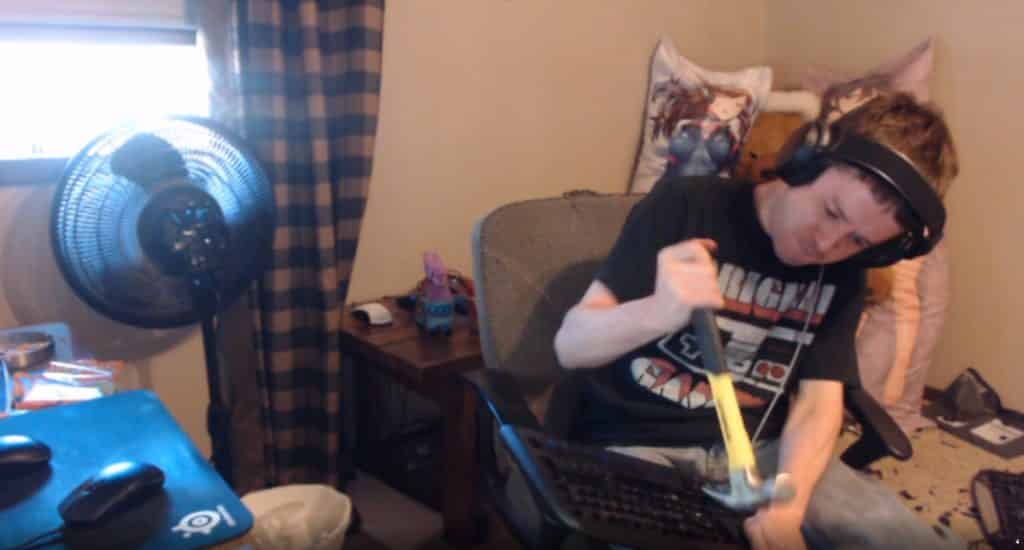 Esports Event Turns Sour As Fan Throws Food At Champion.
Back to
log in
We use cookies on our website to give you the most relevant experience by remembering your preferences and repeat visits. By clicking “Accept”, you consent to the use of ALL the cookies.
Do not sell my personal information.
Cookie SettingsAccept
Manage consent