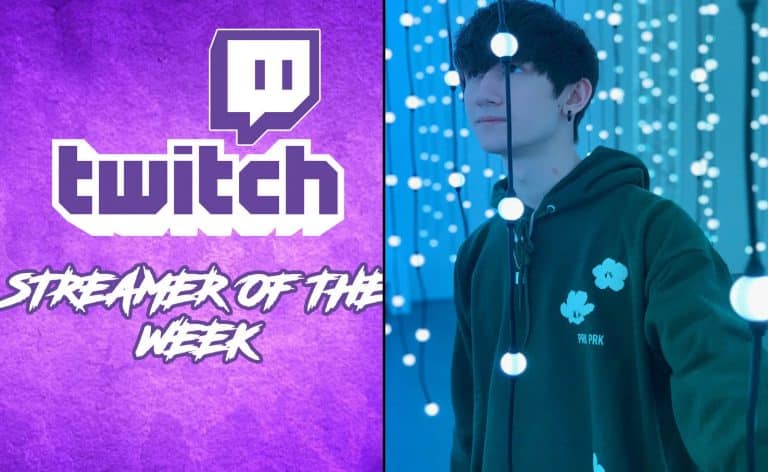 Today we will take a look at one of NRG Esports Apex Legends players, Ace. He is Game Life’s streamer of the week.

In the crowded space of the streaming world, it can be hard to find new streamers that you haven’t heard of, or might not be too familiar with since the same well-known streamers tend to get more of the spotlight around the industry. This is why Game Life is focused on showcasing up and coming, or not very well known streamers. In this week’s streamer of the week (SOTW) we are featuring a streamer who isn’t too unfamiliar in the space, however, if you don’t play Apex Legends you might not know him.

Last week we featured Clix who plays Fortnite. Most streamers who play Fortnite tend to have a slightly easier route to getting exposed due to the viewability of the game. When there’s a consistent 100k-150k viewers every day, there’s a good chance of gaining fans than from a game that brings in 10-20k viewers a day. Well Apex Legends happens to be one of those games that doesn’t get much viewership at the moment. But, it’s a great opportunity for Apex Legends players to break into the scene as more and more streamers will start to stream Apex as it continues to grow. The streamer of the week is Aceu.

Brandon “Aceu” Winn is an esports player for NRG Esports. He currently plays in their Apex Legends line-up with KingRichard, Mohr, and Dizzy. He was born on April 7, 1995 and is 24 years old. Aceu used to play CS:GO professional for eUnited as an AWPer; h was also known as “Ace” before until he rebranded himself as Aceu (adding the “u” as a personal touch). Earlier in the year his contract ended with eUnited and was looking for a new organization to join.

my contract with eunited has officially ended and i’m now available to pursue other options for a team. AWP primary or secondary. as of now only looking for pro offers but i may consider other divisions. dm’s are open and rt’s appreciated 💫💫

Interestingly, Aceu tweeted back in January that he has a lot of motivation to strive for success, however, being benched on his past tam when they found a steady foot after 8 seasons demotivated him, which is when he made the switch to streaming full time.

“people asking why i don’t wanna play comp anymore; do you know how demotivating it is to grind to pro for 8 seasons with one team, just to get randomly benched before the team finds any steady footing ? tell me why would anyone want to do that over streaming full time.. i’ll wait” – Aceu Twitter

Lucky for Aceu, Apex Legends came out on February 4th and he made an interesting switch from CS:GO to Apex Legends. Then, Aceu got the break he needed again and was signed by NRG Esports on March 6th.

beyond proud to be playing under @NRGgg. we have a bright future ahead and i can’t wait to show you guys what i can do #NRGFam 💫💫 https://t.co/PRRyndx3JC

Another interesting note is that Dizzy (considered one of the best Apex players) also made the switch from CS:GO to Apex Legends, and he was quickly picked up by NRG after being the first player in the world to reach level 100. Perhaps Dizzy gave NRG notice of Aceu? Whatever the case, Aceu has found success with NRG and is part of one of the most lethal teams in Apex Legends.

Aceu has been climbing the Twitch leaderboards and growing since he joined NRG. Looking at the chart below, we can see a steady increase month-to-month for Ace. Most of his views come early in the day and then continues after 5:00pm.

In one month, Aceu had a follower change of +19,740 on Twitch. For this month his rankings are as followers:

Here is the link to his official Twitch channel: https://www.twitch.tv/aceu

Here are Aceu’s PC settings for Apex, as well as a quick clip of an insane elim: Fortnite Season 10 Full Trailer Is Here. What Can We... What is Apex Legends Preseason? Here Is Everything You Need...
Back to
log in
We use cookies on our website to give you the most relevant experience by remembering your preferences and repeat visits. By clicking “Accept”, you consent to the use of ALL the cookies.
Do not sell my personal information.
Cookie SettingsAccept
Manage consent